In May 2020, Dark0de came back as Dark0de Reborn, offering a selection of brand new market categories alongside all the standard categories you’re familiar with, all wrapped up in a high-quality, sleekly designed interface. Potentially the #1 store on the darknet, the Dark0de Reborn darknet market supposedly offers a full suite of functionalities for purchasing illicit digital and physical services, from credit card information to cocaine, steroids, opioids, ecstasy/MDMA, etc.

According to its developers:

“The key strengths of Dark0de [Reborn] will be a combination of proven functionalities combined with new technologies and progressive ideas. The combination of these ideas and visions will make it one of the largest e-commerce platform[s] on the DarkNet.”

The darknet market comes with a coin mixer and coin exchange functionality, along with a Dead Drop functionality that insulates buyers and sellers from the risks inherent in direct contact during transactions. Dark0de Reborn is currently accessible to deepweb users in English and Russian, with more language localizations in development.

Dark0de Reborn also gives users access to onboard Bitcoin (BTC) and Monero (XMR) wallets within their Dark0de accounts, supported by multisig payments. In 2020 they made statements to the effect that they intend to build in payment functionality for more cryptocurrencies. The time and order in which these coins will be added to Dark0de Reborn will depend on the need from the darkweb community. These features altogether would make Dark0de Reborn one of the most complete darkweb markets.

The design philosophy behind Dark0de Reborn is based on the foundation of user support. To that extent, Dark0de Reborn uses a combination of Artificial Intelligence and genuine human assistance from across the globe to deliver the most accurate and most responsive support to users in need of assistance. The development team has implied near-instantaneous response times for all support requests; at the very least, they’ve pledged to respond to all support requests within 24 hours.

Dark0de Reborn employs two measures for its Finalise Early (FE) censorship: the first is based on vendors’ sales and experience. The second is what the darknet market’s developers call a “Diamond Vendor Bond”. These guidelines are stringently upheld via a zero-tolerance policy for vendor misbehavior.

Dark0de Reborn aims to provide users – buyers and sellers alike – ease of mind in the face of market unpredictability. To this end, the deepweb site utilizes encryption and anti-phishing systems to safeguard users’ accounts and funds while providing a streamlined user experience and a diverse array of traditional and novel market functionalities.

The Darkode Reborn darknet market has hopefully learned from its past mistakes and tightened security. It has finally begun to employ TOR-only access for its users, and further, it has restricted access to invitation-only, with verification based on the Blockchain API. Whether these improved security measures will be enough to raise Dark0de Reborn beyond allegations of fraudulent activity and its past dubious reputation remains to be seen. 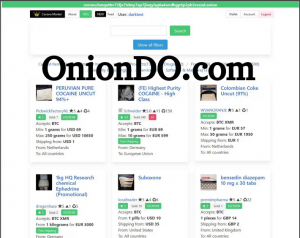 One THOUGHTS ON “Dark0de Reborn Revisited”