Vice City Market is one of the newer darknet markets to arrive on the darkweb claiming to be #1. Various write-ups on it praise its levels of user support and operational security. In this review, we’ll determine whether these claims are substantiated by the site’s product offerings, UI, and security architecture, along with its user reviews.

The first step to determining the value of any deepweb trading platform is to take a look at the different products and services on offer. When it comes to Vice City Market, all of the standard fare illegal drugs are available: MDMA / ecstasy, most opioids, benzodiazepines, hallucinogens, cannabis, cocaine, LSD, psilocybin mushrooms, DMT, and ayahuasca. The darknet market imposes virtually no limitations on the variety of drugs vendors are allowed to sell, with a single exception: no fentanyl or fentanyl analogs.

The list of prohibited products and services on Vice City Market are as follows:

Vice City Market’s name and logo hint at the inspiration for the site’s overall aesthetic: the Rockstar game GTA Vice City, which is themed after the 1980s American culture. However, the site opts for a dark and subdued design rather than anything you’d expect from a darknet site called “Vice City Market”. Mostly absent are the vibrant pinks, greens, and blues replete throughout the site’s namesake.

Besides the disappointing aesthetic design choices, Vice City Market’s user interface is highly functional. Being dark, it’s easy on the eyes. There is a top bar containing all of the darkweb site’s navigation buttons and on the left-hand side of the page is a search bar that allows you to view specific categories of products and services on offer.

This darkweb market allows walletless order placement instead of executing finalized transactions through 2 of 3 multisignature (multisig) security verification, Escrow, and Finalize Early. Vice City Market currently accepts Bitcoin and Monero. Users have the option to enable 2-factor authentication, and all messages sent via the site are encrypted. Further, both of these features rely on PGP encryption.

Finally, it’s worth noting that to access the site, you must use the TOR browser.

While descriptions of the Vice City darknet market are neutral to positive for the most part, based on user reviews, a very different conclusion can be drawn. Reports of users being scammed after using the site are common on review site, orders not arriving, and a complete lack of support from either the Vice City Market or the fraudulent vendor.

Multiple people have reported not receiving their orders and not receiving any refunds either. Some reviews say that it used to be a reliable darknet market but that it has since turned into an exit scam. Overall, Vice City is dubious and low quality. It accepts cryptocurrency as payment for the order but does not always send the orders. The store is allegedly fraudulent.

Leave your feedback in the comments. 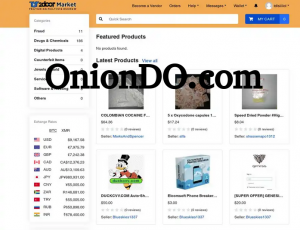