Cartel Market is a darknet market accessible using the TOR browser. Similar to other darknet markets, Cartel is a darkweb site that connects vendors and buyers of illicit products and services, the majority available of which is constituted of illegal drugs, including cocaine and MDMA (ecstasy). Cartel market has few to no limitations on what can be offered on its deepweb platform, so users can browse and purchase nearly any type of illicit product or service.

To understand Cartel Market’s design, it will help to be familiar with the events of July 2017, when various international law enforcement agencies conducted what has come to be known as Operation Bayonet, wherein multiple darkweb marketplaces were seized and rendered inoperative.

Cartel Market is one of the newest darknet markets, going operational in June 2020, in the wake of Operation Bayonet, in order to respond to consumer demands that have since gone unanswered. Cartel Market claims to be wasn’t the first on the scene, however. That recognition belongs to another darknet market called Empire. However, in August 2020, Empire went offline. It’s at this point Cartel Market became potentially the #1 darknet market today.

Veteran deepweb users may draw similarities between Carte market’s design and the design of the now-defunct TradeRoute. Cartel administrators have confirmed that this similarity was intended to foster a sense of familiarity.

The TradeRoute similarities make browsing the site tolerable, and users are at least able to access product and service information through descriptions and pricing details below every product image. But what sets Cartel Market’s design apart is its apparent lack of UI optimization. The aesthetic of the site is a mish-mash of design elements. The site doesn’t work on mobile either, likely due to its abysmal scaling.

A top bar provides access to all of your account and order details, different categories are displayed in a bar to the left, and oddly, the search feature is in a bar at the bottom of the page. One unique and useful feature of Cartel’s search is the ability to filter out products worth more than your account balance.

If you can get past the confusing design choice, you’ll find that Cartel Market does support a broad array of features. Cartel Market boldly proclaims that it offers a collection of all of “the best features throughout the history of darknet markets,” what this claim amounts to is a long list of features including:

The darknet market and its vendors have garnered mostly positive reviews online. This is not to say that there aren’t any negative reviews – it’s allegedly fraudulent, and there is information that payments are accepted for orders, but then those orders aren’t always sent – but if you can figure out how to work around its clunky interface, Cartel Market can potentially offer some value and reliability.

Cartel market is not a bad marketplace by any means, but being so badly designed, it can be harder for users to navigate through it compared to other deepweb stores. It’s a relatively new darknet market, so it’s still growing. Hopefully, given time its developers will improve its interface, otherwise, it will remain rather unreliable and of poor quality. Feel free to leave your feedback in the comments. 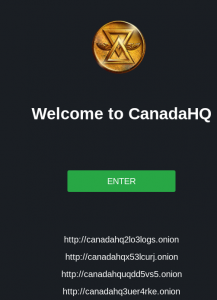 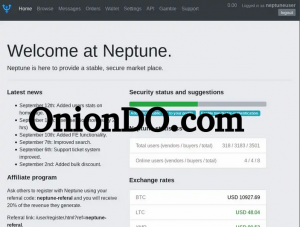 No comments! Be the first commenter?